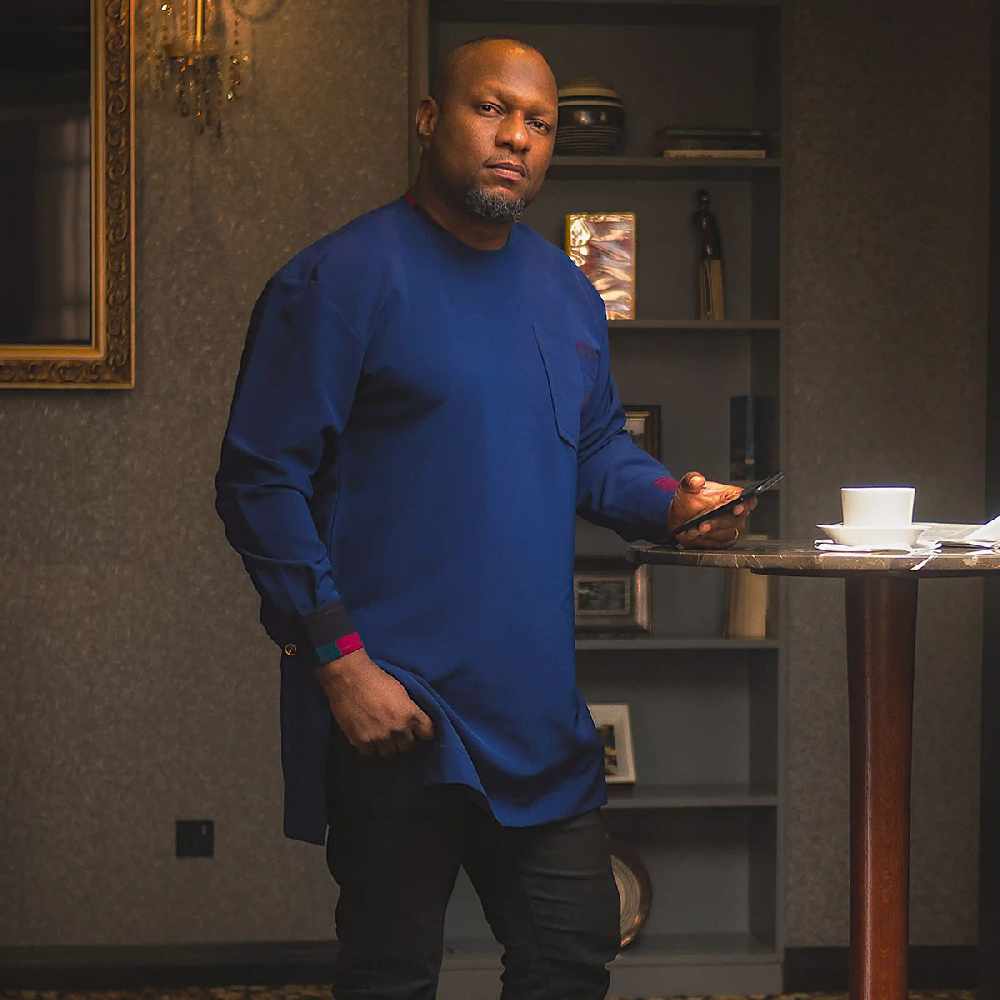 Emmanuel Essien (born 26 March 1977) is a Nigerian radio presenter voice-over artist, singer, compere, and former actor. He is the host of the Good Morning Nigeria show on Nigerian radio station, 96.9 Cool FM, in Lagos . In March 2015, he was nominated and won the Hollywood&#39;s Nickelodeon Kids Choice Award in&nbsp;&nbsp;for best Nigerian On Air Personality. Essien was born in Jos Plateau in Northern Nigeria to retired principal Obong Jo. The last of six children, Mannie grew up in many parts of Nigeria, including Gombe and Bauchi state. He was in Gombe state from 1978 to 1987 where his father was the first provost of NTTC Gombe, an institution of higher learning. Then in he completed his primary education at Auntie Margaret International school in 1989, after which he attended Federal Government College Enugu in 1992 then later finishing at Federal Government College Ikot Ekpene in 1996. He gained admission to study linguistics at the University of Calabar in 1999, graduating in 2003. Essien wrote songs as a young&nbsp;&nbsp;and tried out in talent competitions like the Golden Tones with Benson and Hedges and the first Project Fame in 2004 representing Nigeria in South Africa. Broadcaster Olisa Adibua, at Cool FM later spoke to the manager about giving him a job as a producer. Essien went on to produce radio sweepers and station IDs for Cool FM, Wazobia FM, and Nigeria Info Fm. His manager, engineer Amin Moussalli, advised him to go into radio presenting. Essien is the host of the TV cooking competition, Knorr Taste Quest , and is a co-host on Discovery 234 on DStv. On he hosts the Good Morning Nigeria and is a voiceover and audio jingle producer for brands including MTN, Coca Cola, Chicken Republic, and FCMB. Essien signed to Records&nbsp;&nbsp;and released his debut single in 2015 called Moving On featuring musician Ray Ramon and DJ Andromeda from the U.K. The music was co-written by Jenny Ramon from Australia. &quot;Moving On&quot; has received airplay on radio stations in Nigeria, Australia, and the UK. In 2014, his show Good Morning Nigeria Show was awarded the most outstanding radio show in the Nigerian Broadcasters Merit Awards. He also won&nbsp;&nbsp;On Air Personality at Hollywoods Nickelodeon Kids Choice in Hollywood USA in 2015.</h3> Essien is married to Grace Edewede Essien with whom he has two children Michael and Eleanor. He lives in Lagos, Nigeria.

Watch highlights of how @taymib had the chart-topper @masterkgsa explain the real meaning of the catch phrase, we Nigerians call "Bode Thomas" ? while also sharing special deets on the now-banging remix - JERUSALEMA with @burnaboygram

Queen of HipHop Cardi B sat down with Cool FM's N6 and Taymi B for a lengthy conversation during her short stay in Lagos ahead of her first headline concert in Africa since her inspiring breakout in 2017 with "Bodak Yellow".